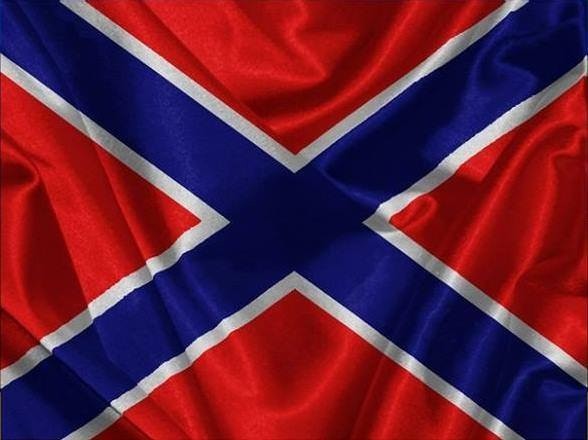 Well, hello, Americans from the occupied Sothern states. I believe that many of you are not interested in what’s happening in Ukraine, and don’t in fact know where Ukraine is. But in case someone hears that Joe Biden put his son on the Board of a Ukrainian oil company, and wants to find out what exactly is Ukraine, and what the heck is going on there, my advice is don’t put too much faith in your propaganda screaming about all kinds of terrorists, separatists and Russian subversives in the Ukrainian East. There is a war between the Ukrainian East and the Ukrainian West, which is not unlike the civil war between your North and your South. Of course, there cannot be any complete likeness, since one historical event cannot be an exact copy of another, but there some interesting similarities.

At that time in America, the Southern states formed a Confederacy – and today in Ukraine, the Eastern republics are planning on forming a federative – or possibly a confederative – state of Novorossia.

The Southern states lost their war – and there are some who believe that the REAL AMERICA was born on July 4 of 1776 and died in 1865, after the South surrendered, and today… Now wait a minute, the ex-Ukrainian East is still standing! And if it will stand further (which we hope), depends on you too, my dear Americans from the occupied South. Is there anyone among you, who wishes to requite with the Yankee invaders and to repay the horrible monster that appeared in the place of the REAL AMERICA that died in 1865, to take up arms for the Confederacy? If there is anyone – then feel free to come at any moment! The veterans (of Afghanistan, Iraq etc.) are especially welcome! Why, there are Hungarians from the Saint Istvan Legion, Poles of Eurasian conviction, Serb Chetniks and even, they say, Israeli guys from the Aliyah battalion fighting for Novorossia. Are you worse in any way? Granted, Novorossia is far away from you, but did Hemingway not fight in Spain? And the today’s Ukraine – yet another historical similarity – is like Spain before the Second World War, and international brigades are on the march for us once again.

What was that? The American volunteers will have to fight against their own – mercenaries from Blackwater and Greystone? So what: the Poles are in a similar situation – there are Pole mercenaries from private military companies, and the above-mentioned Eurasian Pole volunteers fight them. And imagine the situation Jews are in.

Those of you who cannot come – just do your thing there: fly the Confederacy flag, hold referendums, or simply protest against the policy of your government that supports the Nazi regime in Kiev, which tries to drown Novorossia in blood. Come on, I know full well that your protests, if there are any, will give no results, but seek and ye shall find.

Oh, one more thing, by dear Americans from the occupied Sothern states. Here is yet another similarity: our Novorossia is also like your Wild West in the way that it used to be called Wild Plains a long time ago. But that is a whole different story…